The top priority for Brazil is the next rival on second round. Along with that the performance of his athletes is another point to take seriously. Read latest volleyball news on Worldofvolley.com. 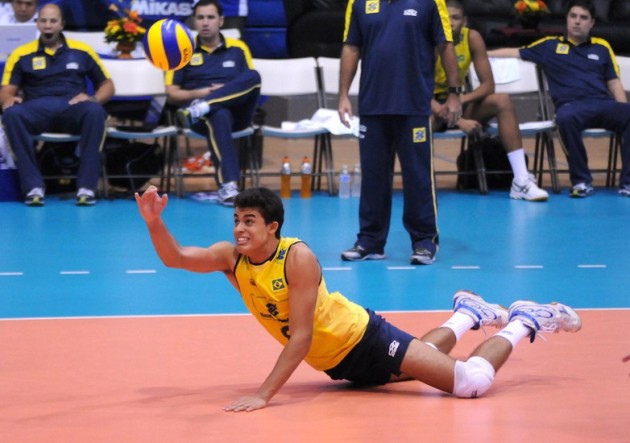 Algerians surprised Brazil in the second set on Monday and showed a good quality on their roster. Good performance must be consistent always at a high level so Brazil’s players must avoid to let rhythm go down according to Oncken.

Percy Oncken, coach of Brazil: “We must concentrate in our next match, not in the championship, Algeri played well in the second set, but if we want to succeed we must keep playing at the same level and not decrease it.”

Sidi Mohamed Ghomari: “We had some problems with our libero in first set. We were more aggressive on the second set but lacked of concentration.”

Salem Walid Ait, captain of Algeria: “We played a good second set. We had a better performance in that moment with our starting players, but lost concentration and failed reception in the third.”

Fabio Rodriguez, captain of Brazil: “Algeria is a team with good attackers and a good vibe. They showed it during the second set. It was so balanced. We improved on the third with a better service.”