At the headquarters of “Nestlé” in São Paulo, Osasco presented its team for the season 2013/2014. The great novelty is a new initiative of marketing from company that sponsors the team. They left juice brand “Sollys” and got the skimmed milk “Molico”. 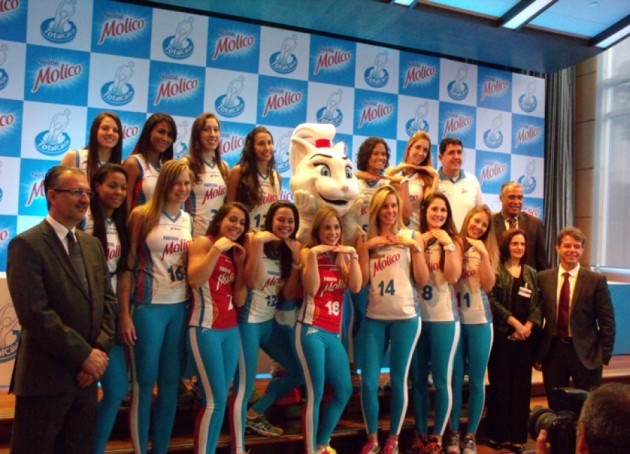 With the new strategy, “Nestlé” hopes that fans and ordinary people will raise awareness of the importance of taking care of the bones.

“It was important to keep the base. Fernanda Garay had a great offer from Turkey, we could not do anything, but she promised to return. Bosetti has brought a lot of technical quality in attack, in the baseline and in the pass and there is Malagurski, excellent in high balls and she will help us a lot”, said coach Luizomar.

Luizomar gave his opinion on other players, too: “Adenízia arrived here 11 years ago and knows what to. We have Gabi, our little remarkable player that this year promises much, we brought Dani Terra and Paula. Mariana is going to be our third setter. We will do a good job”.

About the goals, Luizomar wants to fight for titles: “Like Nestlé we also want to be leaders in our segment. In Superliga there are 4-5 teams with chances for title and our goal is to be in the final again.”