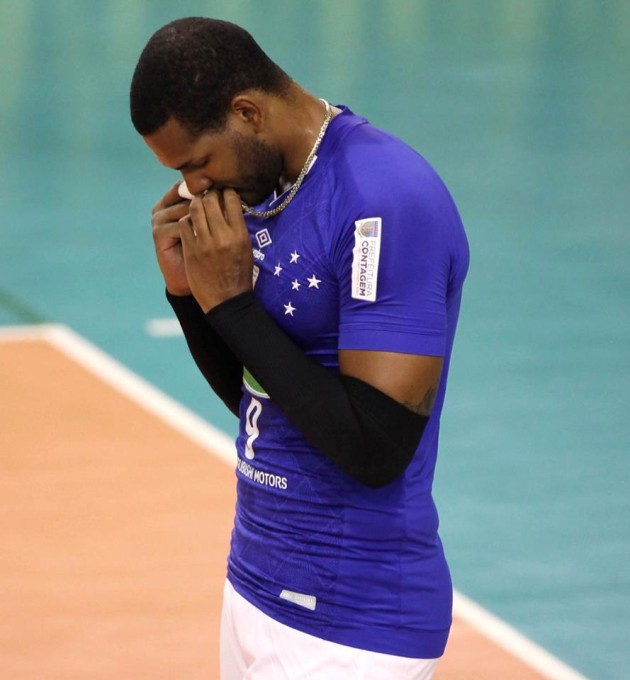 As Bruno Voloch revealed in his blog on Estadão Esportes, Taubaté filed a request to the CBV to punish Cruzeiro outside hitter Leal.

In case CBV decides in favor of São Paulo team, a Cuban-born player would not be able to compete in a decisive Game 5 of the 2017/18 Superliga playoff semifinals (April 21).

Taubaté claimed Leal used obscene gestures at the end of Game 4, while Cruzeiro stood in defense of their player with an official note. Cruzeiro fans gave a support to their star by creating a hashtag on social media #SomosTodosLeal (We are all Leal).

Recall that Leal gained the right to wear the jersey of Brazil national team from 2019, so it is a big question how much suspending a player would be a clever decision of the CBV…

Very cheap and unfair move by Taubate. They owe the apology to Leal because he was physically attacked by Taubate fans. I watched the game and haven’t noticed anything that Leal did that was provoking. Now Taubate wants to play dirty and eliminate Sada best player from final game to gain the unfair advantage. Shame on you Taubate. I was rooting for you but now my sympathies are with Sada and Leal