BRA M: Uriarte slips out of Bolívar’s hands and signs with Taubaté for next season

Nicolás Uriarte will stay in Brazil for one more season but will change the jersey. 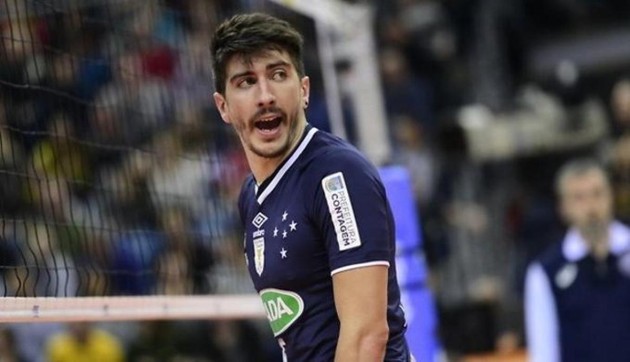 Argentina men’s volleyball national team setter Uriarte will prolong his adventure in one of the top leagues in the world, the Brazilian Superliga, but not with the same club as in 2017/18.

As both Argentinean and Brazilian media reported, a 28-year-old player agreed to terms with EMS Taubaté Funvic and told it to Sada Cruzeiro coach Marcelo Mendez just before Game 1 of the 2017/18 playoff finals against Sesi-SP.

Uriarte balanced between the side from his home country Personal Bolívar and Taubaté when it comes to the club in which he will play next season, but Taubaté increased his initial offer in the last moment.

Obviously, there was no room for Argentinean setter in Cruzeiro’s squad reconstruction for 2018/19.

ECH U20 M: 2nd qualification round over – Lagumdžija delivers 35 vs. Slovakia, pushing Turkey to EuroVolley