BUL M: Asparuhov about his alleged illegal playing for Montana – „These are fabrications“

People from Montana, the second of the two clubs involved in the case of the registration of the most talented Bulgarian male volleyball player Aparuh Asparuhov, and the athlete himself, have also spoken on this matter. 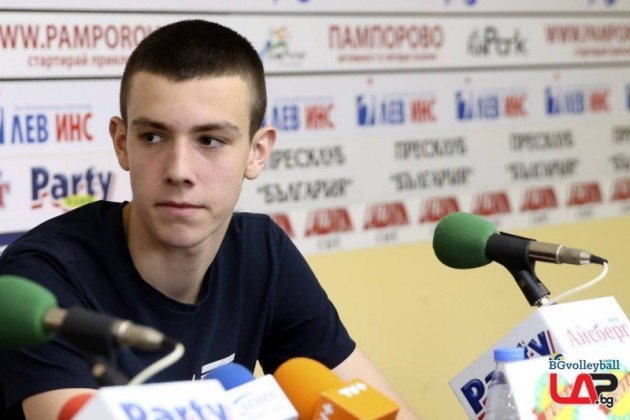 „There is no reason these allegations affect me because these are fabrications. People from Slavia surprised me because they are aware of the conditions. I’ve been in Slavia on a loan. I’m not worried because I know that everything is fine. To me, there’s nothing wrong with what happened with the registration,“ Asparuhov, who is called the “New Kaziyski” in his home country, stated in regard to the claims of his former club Slavia Sofia, who alarmed Bulgarian volleyball federation that the player competes illegally for Montana since the beginning of the ongoing season.

„There have been similar indications from Slavia for quite some time since last year when we wanted Asparuhov to come to us during the second part of the season. I’m talking about last year. Then, Slavia claimed rights on him. Then, we could not get him, because he had a contract with Slavia that was valid until the end of the season and they did not want to extend it. In Montana, we know which documents are required to hire a player. All documents were submitted to the transfer committee, and then the volleyball league allowed registration. So, once the transfer committee has made a decision, everything is perfect with Asparuhov’s contract,“ Montana coach Daniel Peev stated.

CHALLENGE CUP M: Olympiacos joining clubs who made it to the quarterfinals

ARG M: Bolívar beat Lomas to share lead in the standings with UPCN, Obras prevail in 5th tie-breaker in a row!