Minchanka Minsk are near to defend the title in the Belarus championship. 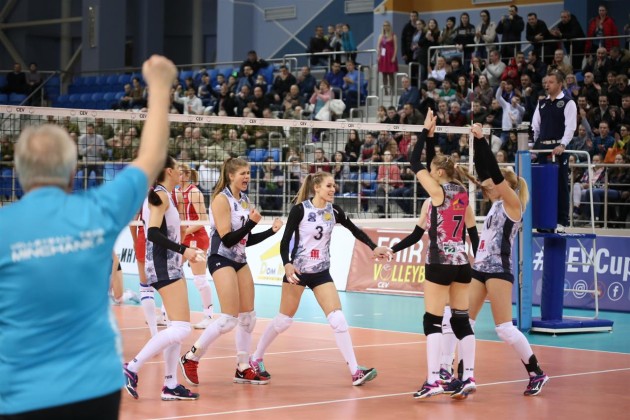 With two wins at the home court, Minsk will go to the opponent’s court with 2-0 in the final series. They need only one game to secure the 16th trophy for their club.

Recall that Minchanka MINSK reached for the first time in the history the final of CEV Cup and with Eczacibasa VitrA will play for the trophy. The first final match is scheduled for April 3 while the re-match will be on the program at April 10.