VT Aurubis Hamburg climbed to the sixth place in the Bundesliga table with a win against Allianz MTV Stuttgart 3:1. Helmut Soosten commented the win. Vendula Merkova was the best player, Ciara Michel and Sarah Ammerman had a good game. 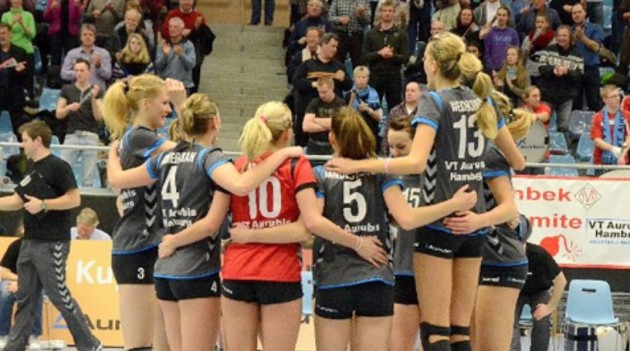 Helmut Soosten‘s team won its fourth consecutive victory in their fifth Bundesliga game under his leadership. “We’re happy about the win, but they were mostly undisciplined” said the coach.

The main reason for the victory after 104 minutes of play were powerful serves and the good work of the block, in particular by Ciara Michel and Sarah Ammerman. Vendula Merkova was the best player, she contributed 17 points. They lost the first set, but from the second Aurubis but took over the control of the game and deserved the victory.

Now they prepare for the game against VC Wiebaden.