The current injury situation in the BR Volleys team forced management to react and they took the opportunity to sign one of their former players from the “SCC Juniors”. German international Denys Kaliberda signed a contract with the club from the capital until the end of the season and should fill the gap caused by the injuries of Samuel Tuia and Robin Baghdady. 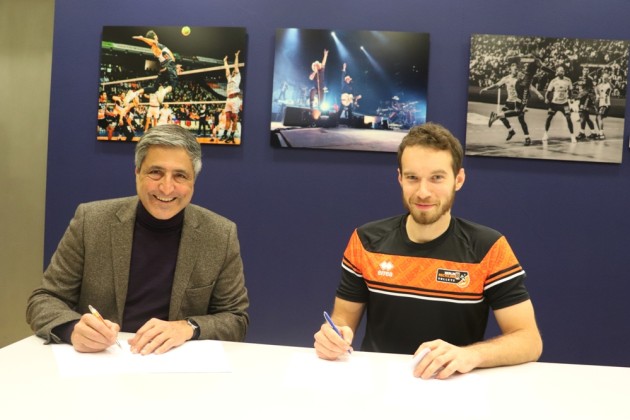 Denys Kaliberda began his volleyball career in the SCC youth categories and became a professional in 2009, winning the DVV Cup twice with Generali Haching. After the 2011/2012 season he moved to the SuperLega in Italy. He played in Valentia, Piacenza, Perugia, Civitanova and Modena. Throughout his volleyball career, he also played in Poland (Jastrzębski Węgiel 2014/2015) and in Turkey (Ziraat Bankası Ankara 2017/2018). In that period, Kaliberda was a standard member of the German national team.

“We don’t know when Samuel Tuia and Robin Baghdady will be back on the court. With only two outside hitters, the risk for the coming weeks was simply too high. We had to act. Contact with Denys, a player who started with us at the age of 10, was never broken. Now we are happy to have him back with us as a “Berliner Jung“ ”, said Kaweh Niroomand, CEO of BR Volleys.

The most famous national team tournaments in the world