The first match on Wednesday between Germany and the Dominican Republic at the Montreux Volley Masters began with difficulties for the European girls. This and other volleyball news read on Worldofvolley.com. 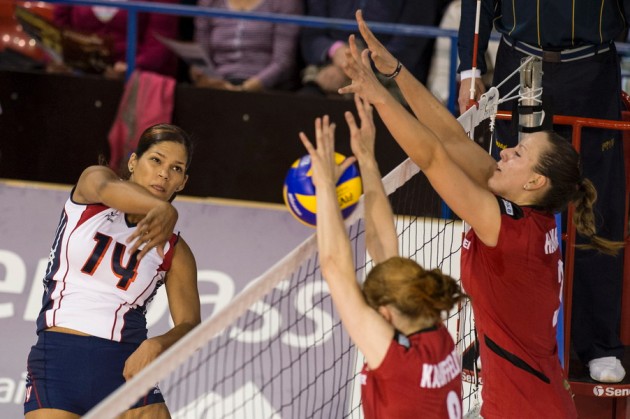 By making 8 direct errors the Germans seemed not to be very organised which had made the job easier for their opponents.

The first set wasn’t a big deal for the Dominicans who were not worried when the score was at 18-9. Despite two timeouts for Giovanni Guidetti’s team, they couldn’t catch up their rivals and lost 25-15.

However, the Germans surprised the Dominican Republic by leading the second set and ended it at 21-25 with an ace from Denise Hanke.

The third set was less decisive when the Dominicans marked the first points until their opponents bounced back with 9-10. Quickly after this hope for the German team, their adversaries came back in the lead of the game and finished the third set at a score of 25-20. The Dominicans won the match by beating their rivals at 25-20 in the last set.

ITA W: Iuliana Nucu had a car accident on a vacation