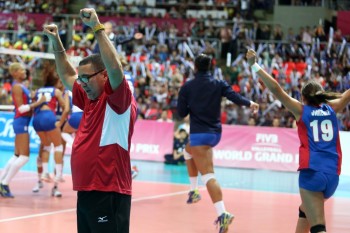 Both teams have already failed to make the cut for the Finals in Sapporo. In this match, Karina Ocasio led Puerto Rico with 28 points including 24 attack hits from 53 attempts. She also led in the blocking skill with four points. Anja Brandt scored a match-high 16 points for Germany.

The hard-fought victory helped Puerto Rico break the jinx in this year’s World Grand Prix as it was the first and last win in the tournament. Puerto Rico had two points from this crucial win, while Germany collected 18 points  from four wins against five losses.