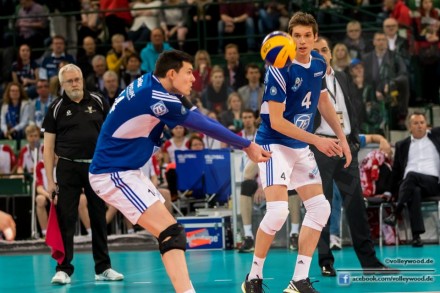 In front of 1,730 spectators at home court, German vice champions showed a concentrated team effort in which they scored eleven aces and blocked the opponents nine times.

The title of the most valuable player was shared between the receivers – Friedrichshafen’s Maarten van Garderen and Mitteldeutschland’s Jan Król.

The next clash between the two teams will occur on March 21.