The Austrian Hypo Tirol Volleyballteam Innsbruck won MEVZA League for the third time in its history (after 2009 and 2012). 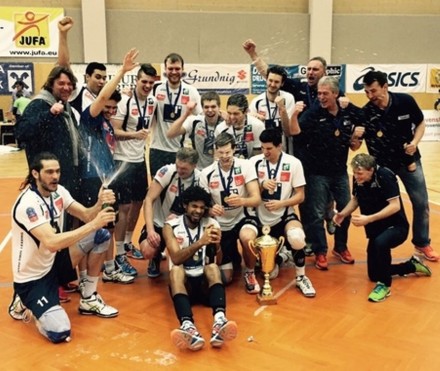 Both teams are the main contenders for winning the national title in Austria and both qualified for the semifinals of the domestic playoff.

In MEVZA finals, Tirol was led by Estonian Oliver Venno with 14 and Finnish Martti Juhkami with 12 points.

The Final Four of MEVZA League was held in „JUFA Arena“, Bleiburg (Austria).