Friedrichshafen and Buhl will play in the final of the German volleyball Cup 2017/2018 on March 4, 2018 in SAP Arena in Mannheim. 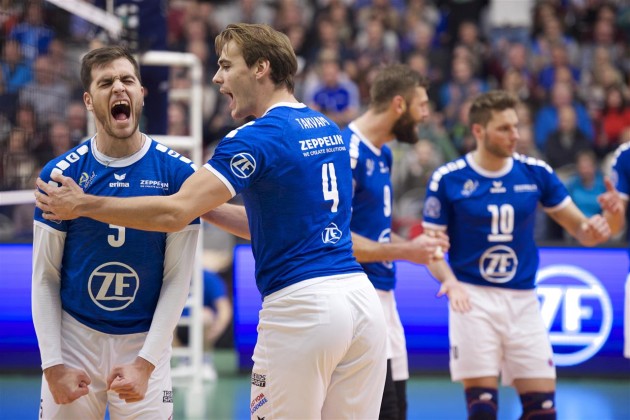 In the semifinals after 75 minutes, Friedrichshafen defeated United Volleys RheinMain 3-0 (25-23, 25-16, 25-17) and will have the chance to defend trophy that they won last year.

In the history of the competition, Frierdichshafen won 14 trophies of DVV Cup. Polish opposite Bartlomiej Boladz was the top scorer of the match with 16 points followed by David Sossenheimer 14 points.

“In the first set United were really strong and we could not put a lot of pressure on them,” said VfB coach Vital Heynen after the game and added: “Probably that was our best game of the season. I just have to tell the boys that I am very impressed with them.”