VT Aurubis Hamburg gets to an important win against Allianz Volley Stuttgart. Jean-Pierre Staelens' team had a good game. Deborah van Daelen was best in Stuttgart, Ciara Michel in Hamburg. Sarah Ammerman was the top scorer. 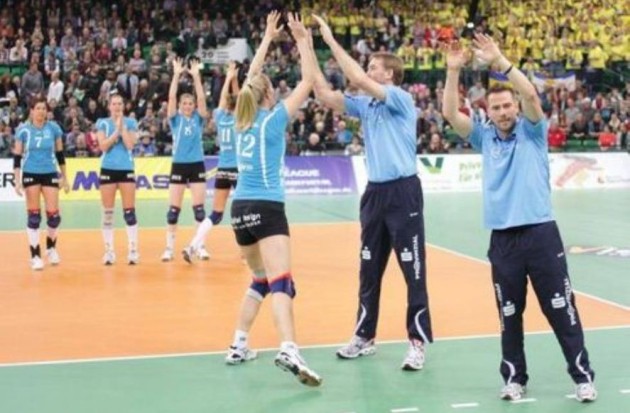 VT Aurubis Hamburg wins its third consecutive game. They won against Suttgart in 100 minutes of play before 720 spectators. Jean-Pierre Staelens‘ team had a great game. With these three wins from their last three games VT Aurubis Hamburg stabilizes.

It was a tough battle in the first set, that the hosts managed to win 26:24. But then Hamburg improved their game and won the following three sets in 72 minutes.

Here are a few statistical values:
The receiving for VTA were averaging 55%, while Stuttgart‘s value was below 40%. Sarah Ammerman had 23 points, almost twice as many as Stuttgart’s most successful strikers. The icing on the cake was 20:4 blocks in favor of VT Aurubis Hamburg.