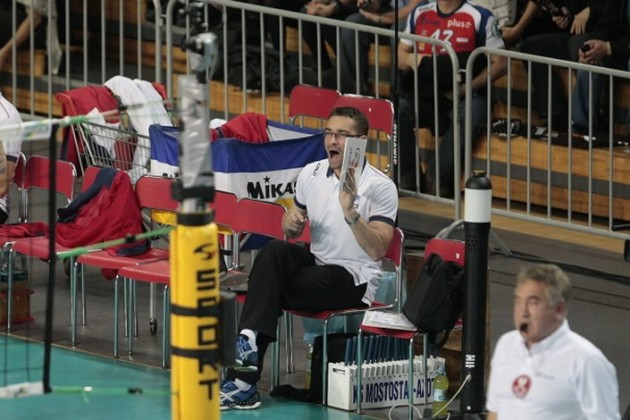 PlusLiga leader unexpectedly lost in his own hall and it’s three points against second last in the table Lotos Trefl Gdańsk.

The first set the hosts would probably forget as soon as possible. Trouble is finishing the first attack was the biggest weak point in Kedzierzyn-Kozle volleyball. Rivals conquered a lot of balls and used the counter. When Grzegorz Łomacz served Trefl quickly jumped seven points lead (11:4).

Fortunately for spectacle, the locals in the next sets began to fight, but it was the visitors from Gdansk always presented better. Great game Łomacz who led his colleagues, and they were successful on the grid. In the second set host led 5-3, but for the moment it was 9:8 for ZAKS. Hosts errors led the Dariusz Luks team jumped in lead four points (20:16). The visitors were unable to maintain the lead, in a dramatic end of the set lucky end for Domnik Witczak.

It was interesting also in the next set. Gdańsk led 12:8 after two service aces from Michała Kamiński, but home team quickly recovered losses. When Michal Ruciak used two counter host jumped three points (16:13). This time Daniel Castellani team lost their advance. From 21:18 newcomers have won three points in a row. In the end ZAKSA broke two attacks, and Pawel Mikolajczak and Mateusz Mika finished their shares and visitors have enjoyed the point gained.

In the fourth set Kędzierzyn started from 3-0. It was also 11:9 for them, but at the second technical time the guests were two points clear. After the Antonin Rouzier action Zaksa lost only a wink (18:19), but on the other side of the net Mika was doing well. After the attacks, the Lotos player jumped three points. The victory guests gave the Kędzierzyn who spoiled a three balls in crucial set.