ITA M: Matey Kaziyski – “My return to the team would mean changes”

One of the best receiving in the world says in an interview with PlusLiga about the realities of the Bulgarian volleyball and Italian Trento - the club, in which he plays the sixth season, and with whom he won all the most prestigious trophies, Matey Kaziyski. Read latest volleyball news on Worldofvolley.com. 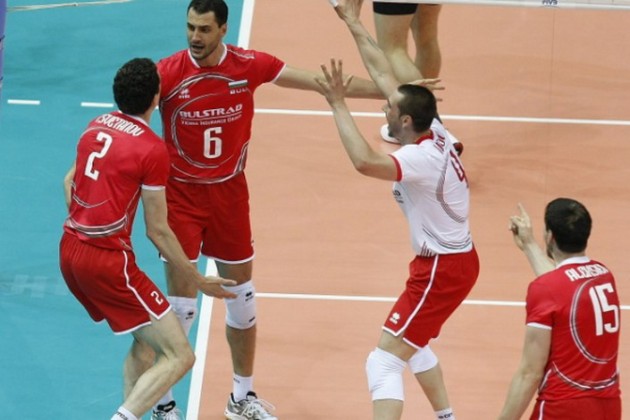 Champions League group stage is finished. Polish team Resovia and Zaksa never once failed to win against Italian. Why?

“Trento played against Zaksa, in the second match in a long time Kędzierzyn rivals played at the same level as us, made us a lot of trouble. Although We dominated the first two sets, they refused to give up and attacked – it shows that they are a class team. Against such opponents is always hard to play”.

Poland teams are playing well, but still lose to Italian rivals, what makes the difference?

“It’s hard to say, because I do not know anything about the tactics and training of Polish teams. But I think that the important role played by the national level of competition, and this is still higher in Italy than in Poland. I have never, of course, played in PlusLiga, but I talked to many people and I’ve heard a lot of opinion, that the Serie A1 is the strongest league in Europe. We play more matches at the highest level. When it comes to Trento – it helps us realize that we are the best in Italy – it adds confidence and belief in European competition. Besides, the results are derived from the very hard work and a great physical and tactical preparation. We have a team of very good players, a group of people with strong personalities. It’s hard to break us, and even if we are experiencing a difficult time on the field, we are able to recover and turn the tide in our favor”.

This is your sixth season in Trento. Rarely has such a long internship at one club. Do not feel you need to change?

“At the moment we win, so I do not … But seriously speaking, I feel at home here in Trento. It is not only the team, including the city, the people around you. I still feel satisfied with the work that we do together, we still get joy from winning every match – as long as those feelings are given to me, no need to think about the changes”.

The fact that you remain on friendly relations with Radostin Stoytchev matter?

“It is good to have a positive relationship with the coach, but as you probably noticed more than once, on the field there is no friendship, is a coach and a player, we are friends only off the pitch and I deeply appreciate it”.

You said that Trento still wins. That’s not entirely true, because in the previous season have not earned scudetto and not win the Champions League. What were the reactions to the club?

“To be honest, it gave us such a positive players “kick” to fight, gave stimulus to our ambition and caused that he wants us to be even more metter. The club was a disappointment, of course, because it could not be otherwise. But there was no panic. Scudentto was lost after a hard fight”.

Champions League and Scudetto – as for you, which is more important for the current season?

“Both goals are equally important and will be hard not to fight. A year ago, we lost one and then the other and we would get back two gold medals”.

Final of the Champions League organize Lokomotiv Novosibirsk. Are you a supporter of “buying” the final tournament?

“Maybe not the end of it is fair. But remember that the host of Final Four lectures quite a large sum for the organization of the tournament, so it is difficult to not be able to return to see some benefits. Bypassing the play off LM is a relief for the hosts, because instead of traveling in the middle of the week in Europe, they can focus on systematic training. Is that too high a reward for preparing the lining of money for the tournament? Do not judge me. For many years, this is correct and somehow no one specifically does not protest. Anyway, to win the Champions League, you have to beat two very strong contenders”.

For the first time in many years you have not played in the summer in the frame. What impact has this break your instruction?

“First of all, physically rested. I can not remember the last time I had such a comfort for my club and it certainly felt a difference. I took part in the full cycle of pre-season games and started to fatigue without any baggage. The difference is huge, believe me”.

It’s all the fuss with the Bulgarian staff is not reflected on your psyche?

“Initially, this situation put very negative impression on me, I felt bad, but now it is already behind us.

It’s been a few months, now what do you feel – anger, grief, disappointment?

“First of all disappointment. Everything that I said then was true. And I’m sorry that no one in the federation, or our country taken this seriously, absolutely nothing has changed. This is the most frustrating. Normally, if these things flow out to the public, do not remain unnoticed. In no other country of the person to act as the Bulgarian federation activists. Here everything has been swept under the carpet. This is the Bulgarian reality and I’m sorry about that”.

You are strongly supported of the fans. A newspaper? Media help you?

“Fans supported me from the beginning, because they are good observers and fully understand what is happening. Even more strange is that with such a strong reaction of the fans who have continued their protest as the World League final in Sofia, one did not take a deeper this topic. Maybe if more pressed newspaper. Meanwhile, the media are divided – some supported the process of change, others were against it. The truth is that none of the prominent activists who could have a real impact on me, did not support the change. Cause and what, if the benefit of the current situation. I was hoping for the intervention of politicians, because I think that this issue should be resolved through government”.

Maybe if all other players with you opened out of the game in the frame, including all the activists would open their eyes?

“I do not think so. I really did not want to do. It was a very special moment for the national team, we won the Olympic promotion and resignation could completely destroy it, as hard earned. Staff could spill, and for those young boys would be a tragedy and certainly it would not be such a great performance at the Olympic Games – because I think that my colleagues presented in London great. I’ve got a position there, I play in a good club, I could afford it. It is a pity that it could not sacrifice anything”.

Coach of the national team have be changed. Have you spoken with Camillo Placim already?

“Yes, but only in a social setting. We know each other very long, because for many years we worked together, and we’re still friends. But if you want to ask if I return to the team, now I do not reply, it’s too early”.

And would you go back?

“I’d love to. Even though you can not imagine how difficult it was to me withdrawals of the decision to leave just before the Olympic Games. Everyone dreams of Olympic volleyball medal. But I hope to make a difference. Illusory. My return to the team would have to be associated with considerable changes in the Bulgarian federation“.

POL W: Angelika Bulbak – “If I were Santa Claus …”