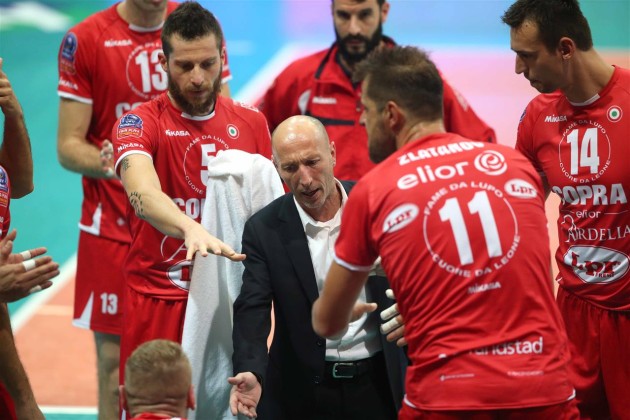 Piacenza, in major finacial problems, found the strenght to make its 2,369 fans happy (capacity of its hall is 3,800). Two segments of Piacenza’s play decided the match – service and block.

Italian team had 8 aces while Lugano had only 2. As the blocking – Piacenza won 10 points, Swiss team won 7.

Piacenza had Thijs ter Horst and Jacopo Massari with 16 points each.

The best scorer in Lugano was Caio Cesar Provenzano de Prá with 23 points. It is interesting that only five players won points for this team at tonights clash.

Do you know what’s the fastest serve...