The head coach of Lube Civitanova Gianlorenzo Blengini was very satisfied after the game against Halkbank: 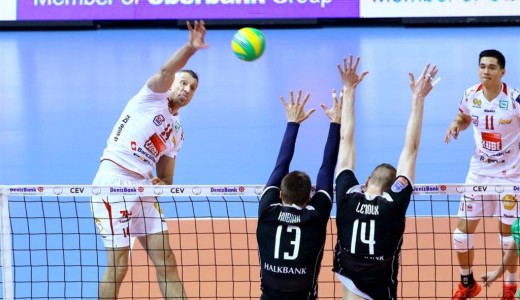 “We were very good at resisting the urge of Halkbank to make comeback, playing every point like a match point. It was very difficult match from the mental point of view. We reached the Final Four and it’s a great result for us. Now we think about returning home and recovering from this amazing match. Then, we have to focus on playoff semifinals and after that we will start thinking about the Final Four” says Blengini.

The man who scored last point against Halkbank, the captain Ivan Miljković is proud on his team:

“I’m very happy for my team as we manage to come out as the winners after these two difficult games. After a few defeats in Golden sets in recent Champions League seasons, we were able to achieve great success by claiming Final Four ticket. We did it in style, thanks to the strength of our team, fighting for every ball,” says Miljković.

The other Serbian in Lube, Dragan Stanković has scored 9 points against Halkbank. Here is his impression:

“This is amazing feeling considering these two games played against Turkish team, that proved to be very strong, as we expected. It’s been a great battle” says Stanković.