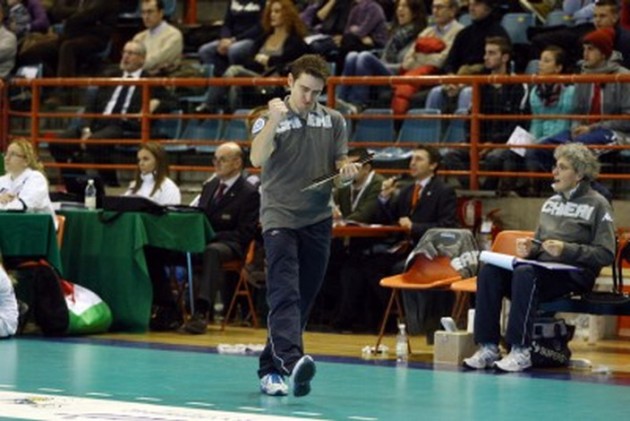 Born in 1981, Beltrami covers six years as assistent coach the German national team led by Giovanni Guidetti with whom he won the bronze medal at the Grand Prix in 2009 and the silver medal at the European Championships 2011.

At club level he also won a CEV Cup as assistant coach of Asystel Volley Novara.

New coach Idea Volley 2002 Alessandro Beltrami said: “I accepted without hesitation the proposed of the owner Camorani because I believe that this team has the potential to move up the ranks. I was able to follow the Italian league from Germany and I think Bologna absolutely do not deserve the position she occupies. We will have to work very hard. Even last year in Chieri after six days we were in the same situation, but we had two points instead of one on the list, it means that you have to believe and fight for every ball”.

Beltrami, author of promotion from the A2 to A1 as the head of Chieri Torino and the salvation of last season in the top category. From September he served as Technical Director of the youth in the Schweriner, in the German Bundesliga.

Tomorrow is the first day as manager of the Idea Volley 2002 Forli Bologna: in the morning he will have working meeting with the coaching staff, then to the weight room, and in the evening, from 20 to 22.30 will lead the first training of red and blue at PalaDozza Arena.

RUS W: Started the semi-final rounds of the Cup of Russia women