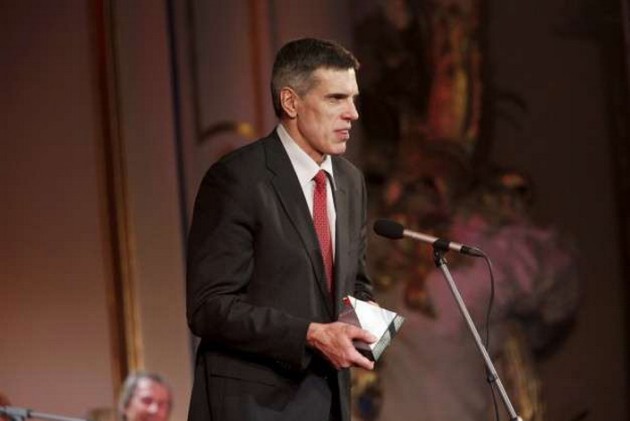 Volleyball and Beach Volleyball almost swept all awards there after votes were casted by a jury composed by members of the Latvian Olympic Committee (LOC) Executive Board, sports managers, officials of the various national federations, journalists, experts from the sports industry as well as members of Latvia’s Sports Federation Council.

Latvia men’s Volleyball national team was awarded “sports team of the year” by taking into account that the group coached by Raimonds Vilde is just one step away from qualifying for the final round of the European Championship for the first time after 17 years. The team has made it to the third and last qualification step that is scheduled for next June and where home and away matches with Turkey will determine the side eventually making it to the Volleyball event of the year coming up in September in Denmark and Poland.

2012 Olympic bronze medalists Martins Plavins and Janis Smedins were awarded as “best team in individual sports” after this year’s campaign included – apart from their third-place finish at Horse Guards Parade – also their first triumph in an FIVB Grand Slam event. Plavins and Smedins seized gold in Stare Jablonki, they also finished the World Tour in eleventh place and Plavins was even chosen as “best defensive player” of the 2012 season.

A special distinction was awarded to Raimonds Vilde (pictured), who is the head coach of the men’s national team as well as of Lase-R, a club that competes in the SCHENKER League, i.e. a club competition that is open to clubs from all Baltic countries, Lithuania, Latvia and Estonia.

“This year marked a sort of re-birth for Volleyball in our country” said Mr. Raimonds Bergmanis, chairman of Latvia’s Olympic Committee. “Raimonds Vilde stands out as a role model for athletes and coaches too. He has been working also abroad but he has fully devoted his time and skills to his home country for the past few years. He is very reliable and ambitious at the same time and always ready to provide people with his advice if he is asked to do so”. Raimonds Vilde is a silver medalist from the 1988 Olympics in Seoul, a former World and European champion, and also a multiple winner of the national league in Latvia and Greece. He definitely hopes Latvia will be able to edge Turkey in the last qualification round for the 2013 European Championship to make it to Europe’s premier Volleyball event for the first time in 17 years.

CEV: Referee Delegates get together to work...