FIN M: Massive crowds get together for last acts of Finnish national league

As Finland’s national leagues have entered their final and most exciting stage as Hurrikaani LOIMAA and KOKOLAN Tiikerit fight for the championship. WorldofVolley brings you the latest volleyball news. 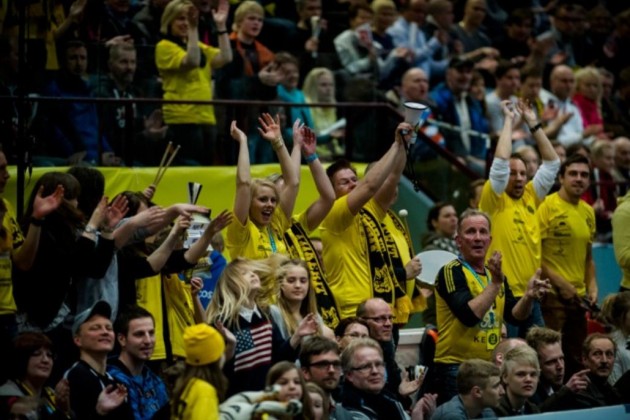 As Hurrikaani-LOIMAA started out the Championship series of the men’s national league in Salo playing there KOKKOLAN Tiikerit, 1,552 fans were in attendance while 3,320 and 3,450 people resumed to the Kokkola Ice Hockey Hall for the second and third final game. A real Volleyball fever has been spreading around there in Kokkola as Tiikerit is fighting bravely to claim Finland’s national league for the first time in their history.

The Championship series is played with the format “best of seven” which means that the first side scoring four victories will eventually be crowned this year’s national champion. Currently Tiikerit leads the way with two wins after three rounds with the next fixtures coming up this Saturday and Sunday in Salo. Hurrikaani has been “compelled” to play their home matches there as the Finnish Volleyball Association requires for a minimum of 1,500 spectators for the final stage of the national championship, so the guys from this club have to travel 60 km from their home town to make it there. Tiikerit has also moved to the local Ice Hockey Hall as their “ordinary” arena has a capacity that slightly exceeds 1,000 seats.

For all the players’ and clubs’ details click on Statistics.