NORCECA W: Women’s Pan American Cup is about to start

The Organizing Committee of the XII Women’s Pan American Cup and the members of the Control Committee from NORCECA and South American Confederations held a joint meeting on Thursday night to review all the details towards the start of the competition next Monday. Find all relevant news from volleyball world on worldofvolley.com. 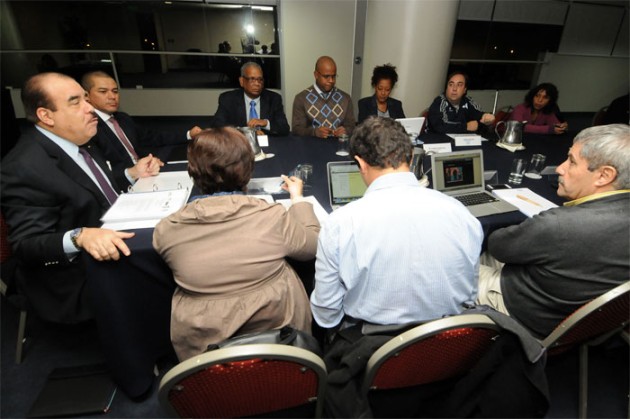 The meeting at Delfines Hotel in the Miraflores section of Lima was chaired by Cristobal Marte Hoffiz, president of NORCECA and the Pan American Union and Luis Linares, president of the Peruvian Volleyball Federation.

For the first time in the history of the competition, the preliminary phase of the event will take place in three different cities – Iquitos, Huacho and Callao – and it is also the first time a country from South America is hosting the annual tournament, a qualifier to the FIVB Grand Prix.

After the introduction of the members of both committees, Marte Hoffiz, designated the working groups for the three sites and also explained the process to be implemented during the preliminary enquiries of the teams as well as the qualification system.

The sub-commissions will be chaired by Colombian Rafael Lloreda in Iquitos, Mexican Alberto Arreola in Huacho and the Dominican Marte Hoffiz in Callao.

The two pool winners with best point-ratio will be granted with tickets to the semifinals while the third pool winner will play in the quarterfinals along with the second place finishers. He informed that the top four NORCECA placed teams and the top two South American teams will get spots in next year’s FIVB World Grand Prix.

Pool A in Callao consists of Argentina, Puerto Rico, Trinidad & Tobago and United States while Canada, Costa Rica, Cuba and Peru will be playing in Pool B in Iquitos. The teams of Pool C in Huacho are Brazil, Colombia, Dominican Republic and Mexico.