On Monday the Czech Republic scored a third consecutive win to finish the first round of play atop of the standing in Pool B after edging the hosts of Hungary 3:1. With this result the Czechs could emulate Belgium and Croatia that also finished the first leg of Pool A and C respectively with a perfect record of three wins in as many matches and to assert their credentials for a spot in the final four scheduled for mid July in Marmaris, Turkey. 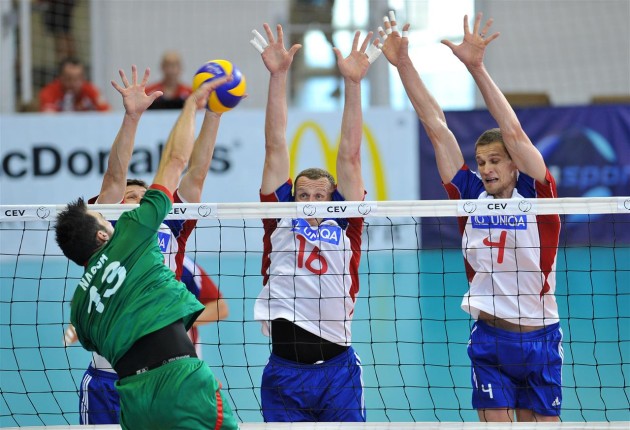 Hungary was able to deliver a good performance claiming the opening set of their match with the Czechs. “We played a very good game for three sets. If we continue to progress and to play like we did today, time will come for us to win” Hungary’s head coach György Demeter said. “I played good today but still we have a long way to go. We hope that we will be able to win some matches in the next round to be played in Barcelona” says Hungary’s best player of the day David Szabo.

“We had a slow start and looked a bit disorganized in the first set. However, we stayed focused and were able to win the next three and bring it home” stresses Czech mentor Stewart Bernard.