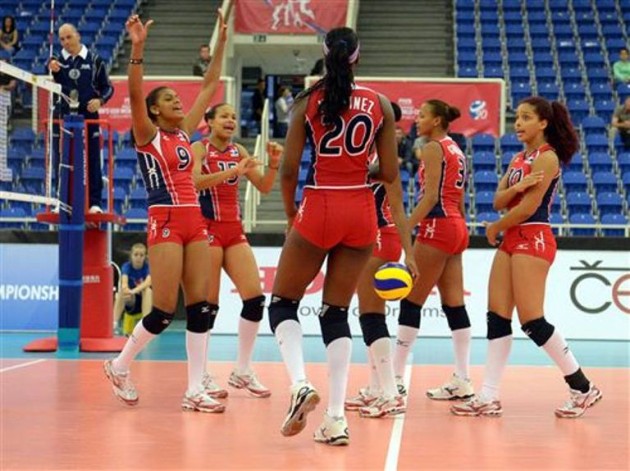 Fourth win in a row for Dominicans

After a good start of Puerto Rico, Dominican Republic opposite Gaila Ceneida Gonzalez put her team in 6th gear to get 8 personal point (3 blocks included) and win the set 25-17.

Then it was the time for Brayelin Martinez to take the best suggestions from her setter De Leon Toribio, while Puerto Rico was stunned by the aggressive attitude of the opponents (25-17).

The third set began with a 8-1 partial, apparently leaving no possibilities for Carlos Cruz’s team to correct their own errors.

In the fourth set the challenge continued with Dominican Republic leading.

Puerto Rico was again close, until the team best, Wilmarie Rivera, made two errors in a row and then was blocked on another point attempt.

Dominican Republic closed the set leaving them at 20.

Brayelin Martinez scored 21 for the Dominicans, while Wilmarie Rivera scored 17 for Puerto Rico.

RUS W: Russia against Japan and Cuba on Yeltsin Cup 2013