Chinese Taipei swept Algeria 3-0 in the first match of the classification round 9-16 at 2013 FIVB Women’s U20 World Champs on Friday afternoon. The Asians quickly found their groove in a 25-7, 25-10, 25-13 rush over the North Africans to start the second phase of the tournament impressively. 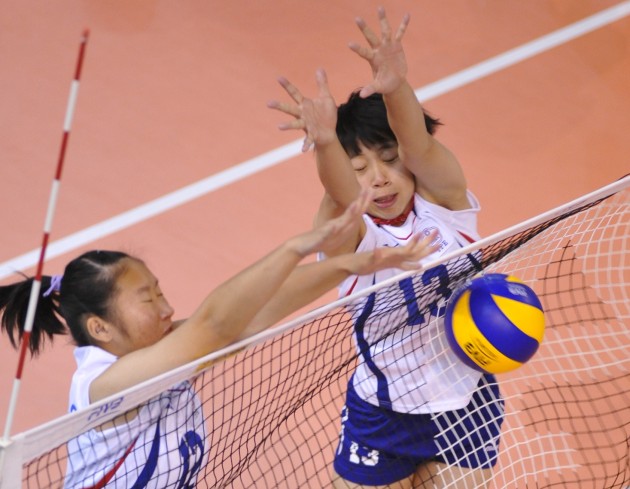 It was a one-way game between the third-ranked team from Pool A and the fourth-ranked squad from Pool D. Algeria did their best but could not stop the fast combinations the Asians displayed at the net. Even though Algeria coach Saidani Aimed Eddine tried different line-ups to resist the strong Taiwanese, Algeria could not cope with the fast and powerful Asian game. After 58 minutes, Chen Tzu hammered the Mikasa down to offer Chinese Taipei a well-deserved 3-0 win.

Chinese Taipei continue their Women’s U20 World Champs campaign on Saturday versus the winner from the duel Czech Republic against Egypt.