InspoKorea, Kim’s agent announce Kim will have the press conference at Press Center next Monday at 10.30 AM in Seoul. Recently, Kim has been organizing her thoughts after becoming ‘Arbitrarily withdrawn’ by KOVO. It appears that she will make her decision clear about how she will solve the problems with KVA, KOVO and HK. This and other volleyball news read on Worldofvolley.com. 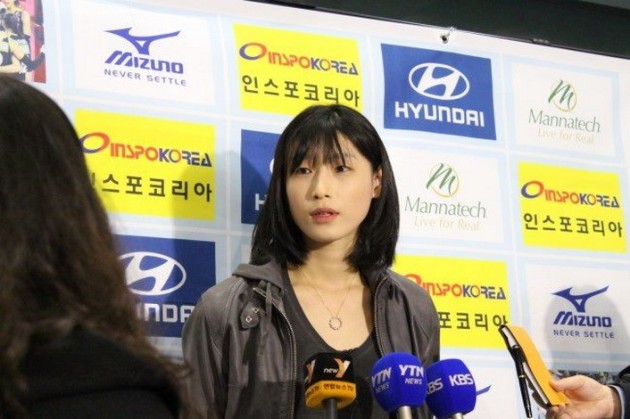 Also, it seems Kim will answer about the national team since her name has been on the pre-roster of female national time for following international games including Asian Volleyball championship. KVA already cited her playing in the national team wouldn’t occur any problem even though she became ‘Arbitrarily withdrawn’.

These days, Kim’s fanclub started actual actions to appeal her rights and it resulted in great attention in and out of Korea. Her fanclub already began the first protest in front of HQ of Heungkuk Life Insurance last weekend and continuously will have more protest for Kim this weekend. This time, fan club will stand in front of KVA building calling for issuing Kim’s ITC (International Transfer Certificate).

Because the action carried by her fans did catch lots of eyes in public, she might say about it as well.