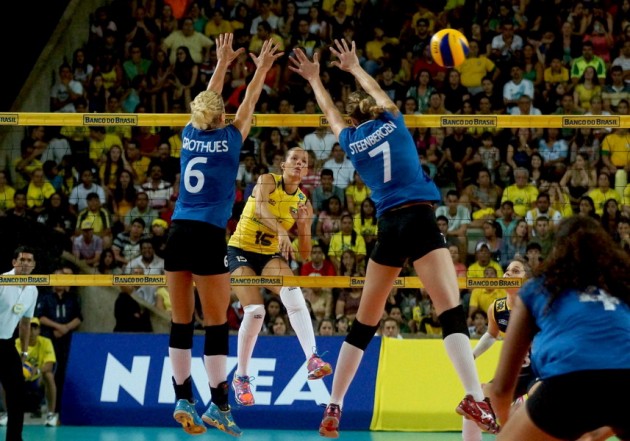 Brazil were stunned early on by the Dutch whose solid blocking built a steady lead mid-way through and the eventual take over of the first set 18-25. Brazil eventually overcame the next three sets but were heavily challenged by the hounding offensive knack of the Dutch team.

The Dutch team continued to open every set well and built a comfortable advantage but failed on equalising Brazil’s intensity to cap off the fourth set 25-22.

Despite the victory, coach José Roberto Guimarães (Zé Roberto) praised the performance of the Dutch team.

“The Netherlands played very well in the first set,” Zé Roberto said. “They attacked and drew efficiently. We lost a lot of counter-attacks. These friendly matches sets the proper way forward for our future.”