WCHJ M: Iran shut out Egypt to become the first team to qualify for quarterfinals

Iran defeated Egypt by 3-0 (25-21, 25-20, 25-11) to become the first team to qualify for the quarterfinals of the FIVB Volleyball Men's U21 World Championship in Ankara. The Asian team took 74 minutes to seal their superiority over the North African side who now have to make their way to Izmir and fight for the ninth place. 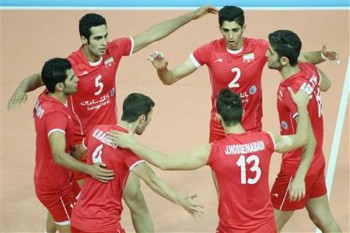 Successful performance by Islam Abdelkader in offence gave the initial advantage to Egypt as they piled up an 8-4 lead by the first technical time-out.  But then the Egyptians started making too many mistakes and Iran equalised at 10-10 to gradually take control of the scoreboard and claim the first set by 25-21.

The second set started out as a closely contested affair, but Egypt continued to commit excessive errors and allowed Iran to break away again and finish it off at 25-20.

In set three the Iranians stepped up their blocking efforts, especially those from Amirali Mohammadfathali, to sweep their opponents by the impressive 25-11 and claim the victory.

Captain Javad Hosseinabadi contributed 11 points to Iran’s victory to become the top scorer of the match.  His Egyptian counterpart Islam Abdelkader and Mohamed Masoud scored 8 points each for their team.

Excellent footwork from Thai player: One of...