India upset Japan in the all-Asian clash of Wednesday’s round of 16 at the FIVB Volleyball Men's U21 World Championship in Ankara. The squad around coach T.C. Jothish stayed on their winning path and qualified for the quarterfinals with a 3-0 (25-18, 25-23, 25-20) straight-set victory. 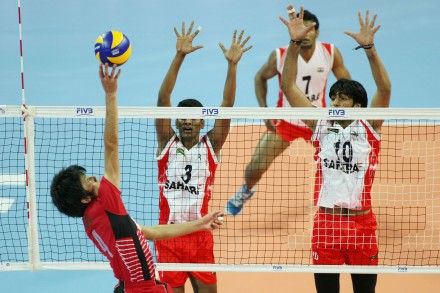 India shut out Japan in Ankara

India played much better throughout the first set and cruised to a 25-18 win with Kumar Sohan’s spectacular back-row hit for the last point. In the second set the Indians started making too many mistakes while the Japanese improved their blocking to control the scoreboard through the 20th point. In the conclusive moments, however, coach T.C. Jothish’s players managed to stay more concentrated and turned things around to close the set at 25-23. The Indians were once again in charge of the situation during the third set as their tremendous blocking efforts helped them overpower the opponent. It was Kumar N. Yashvanth’s successful block that shaped up the final 25-20 and prompted an Indian party on the court.

Kumar Sohan was the top scorer of the match with 13 points for India while Yuki Ishikawa’s 11 points made him Japan’s most productive player of the game.