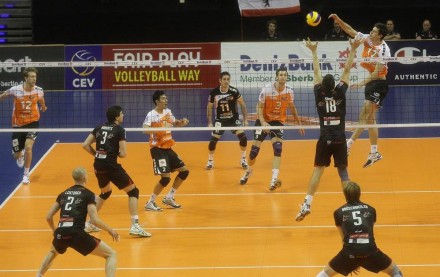 The most important thing during the entire match despite the victory of Berlin is that the host team have celebrated because of their good service. They have made 11 aces while Arkas 0. With this win Berlin just confirmed their participation in the Playoff 12.

Noliko is close to the next round, but the last match in the group B will decide which team will go to the Playoff 12.