Three teams were exceptional in the 2013. Vakifbank was undisputed in the female competition but as far as the men go, Belogorie and Sada Cruzeiro came very close. Main reason we chose the Russian squad is because the Brazilians haven’t won the South American championship. Still it wasn’t a clear choice and certainly Sada Cruzeiro deserved the award but there can only be one winner and Belogorie came ahead this time. 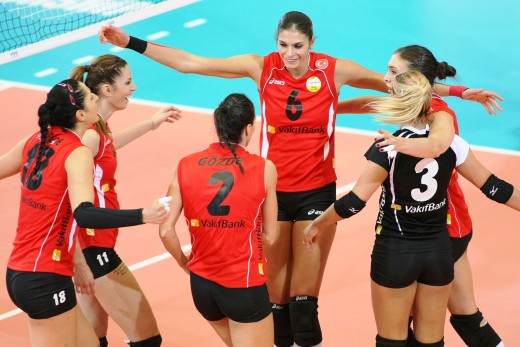 Girls from Istanbul saved a lot of time for us when it came down to the best female volleyball team in 2013. They’ve won everything there is to win. Turkish Championship, Turkish Cup, Turkish Super Cup, CEV Champions League, FIVB World Club Volleyball Championship.

Also Vakifbank managed to win every single match out of 46 they’ve played in the 2013. Girls of Giovanni Guidetti are just dominating match after match. Not only that they have the perfect record but they literally destroy rivals with so much ease that even losing a set sometimes seems unreal.

With a little bit of shaky start in 2013, Belogorie had their epiphany after two losses in Russian Championship quarterfinals against Lokomotiv Novosibirsk. Suddenly they’ve exploded. Three wins in a row came, Lokomotiv was out and terror started. After that series Belogorie went to win Russian Championship, Russian Cup Russian Super Cup and went undefeated so far in the season.

WOV AWARDS 2013: Voronkov and Guidetti above everyone