Sweden will be hosting through January 3-5 a first-round qualifier for the 2014 CEV U19 Volleyball European Championship – Women in the city of Katrineholm. 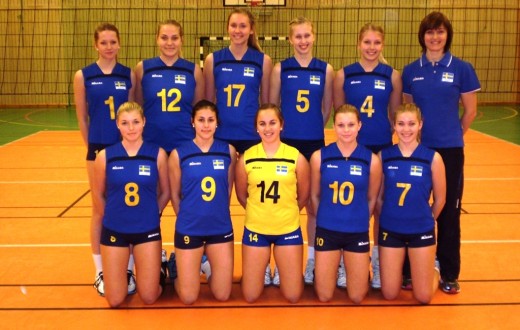 The local heroines will be playing England, Norway, and Latvia, with the first and second-placed teams eventually making it to the second round scheduled for late April 2014.

“We have been working really hard to get the team together and during our training sessions the last few weeks” says Sweden’s head coach Adrienne Marie.

Most of the players included in the roster of the national team attend the same high school in the city of Falköping, which also hosts the Volleyball center of the Swedish Volleyball Federation.