MEVZA: Lost for the VCA 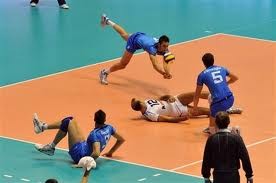 Amstetten, despite the third defeat in the MEL, remains at the top.

The second is Aich/Dob, and the third is Kastela.

Both have played  a few games less than Niederostrerreicher.

VCA manager Stefan Krejci: “I hope that we have learned something from this defeat. It was obviously that we had to take our chances.“

Amstettner will play in the Challenge Cup against NS Seme Vojvodina Novi Sad (SRB) at home, on 14th December

CEV CL: Top clash of the week in Baku as Azerrail takes on Vakifbank