Remat ZALAU was recently crowned the winner of the 2011/2012 men’s Romanian Volleyball league after gaining 3 victories in front of the rivals from Tomis CONSTANTA. The Romanian team obtained the title in Constanta but the true celebrations started in Zalau one day later upon return of the players. Local VIPs and hundreds of fans welcomed their acclaimed heroes from Remat in a festive ceremony which took place at the Town Hall in Zalau. 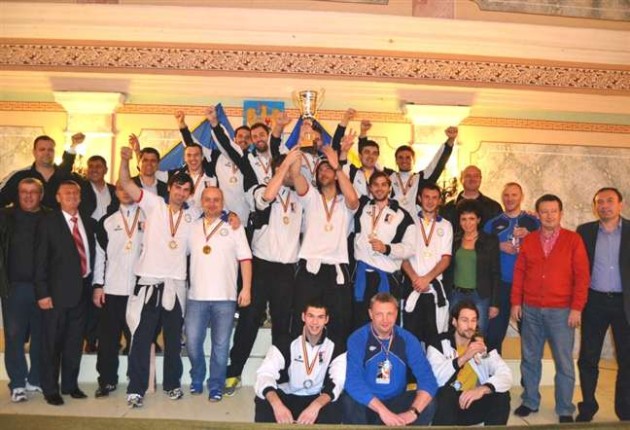 The Mayor of Zalau and Co-President of Remat ZALAU, Radu Capilnasiu, congratulated the team for its third title.

“The players from Remat gave us a great joy. Despite the fact that the team didn’t have a huge budget, we managed to successfully claim another title. We hope that this performance will encourage more young people to join Volleyball” he said. Liviu Ciupe, one of the main sponsors of Remat, expressed his joy, saying that “all three matches with Tomis were spectacular, both teams playing superbly and offering a great show. I want to congratulate the entire team, I am very proud of them. The fans from Zalau have been a great support for the team; they are probably the best supporters in Romania and an important factor which determined Remat’s good evolution”.

The Polish head coach of Remat ZALAU, Mariusz Sordyl, stated: “Taking into consideration the fact that the Romanian Volleyball teams are strong and the level of the league has certainly grown, we are satisfied with the result. I can say that, with all the changes that have been made in the team and all the hard work, we got to the finals, we fought until the last moment and now we are champions”.

But Remat ZALAU hasn’t finished the work yet. The players of the team from Zalau are looking forward to the battle for the Romanian Cup which will take place in Piatra Neamt at the end of the month.