Portugal assistant coach Hugo Silva has said the changes to the format of this year’s FIVB Volleyball World League will require a new approach to the tournament as the world’s premier annual men’s volleyball tournament gets set to begin on Friday. 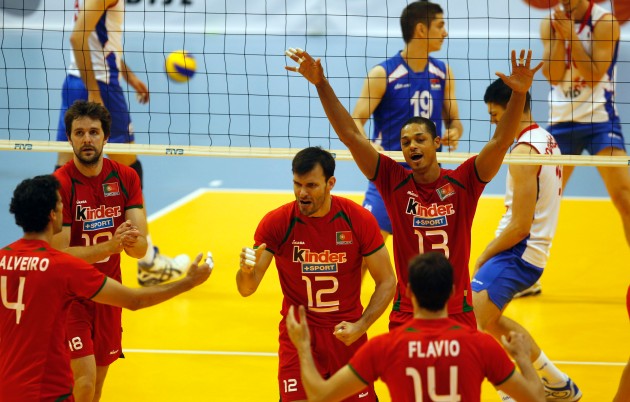 The 23rd edition of the World League will run initially from May 18 to July 1, with the finals set to take place in the Bulgarian capital of Sofia from July 4 to 8.

The change in the competition format is to accommodate a busy schedule that includes qualification tournaments for the Olympic Games and also takes into consideration other sporting events ahead of the Olympics.

“This model requires us to prepare very early on how we play against these teams, so it will be crucial to have a deep knowledge of our opponents before starting the competition,” Silva said. “In addition, you will need a greater commitment and greater concentration from the players, as well as better organization in terms of training.“

“There are some teams against whom the chances of getting a victory are very low, so we must focus our attention on teams that allow us more chances to win, for example, Germany.”

Silva, who also coaches newly crowned national champions SC Espinho, believes the tournament will be of great benefit to his team.

“It will be an excellent opportunity for younger players to face teams like Bulgaria, Argentina and Germany,” he said. “They need not be intimidated. It’s an opportunity for them to demonstrate their worth. We have a lot of young talent and the World League can be a showcase for them.”

The pools for the competition are as follows:

ITA W: Guiggi Officially in Torino, Is Piccinini next?

Hey, you are not my middle blocker...