FIVB has made a very interesting decision – coaches will not be allowed anymore to rest all major players! 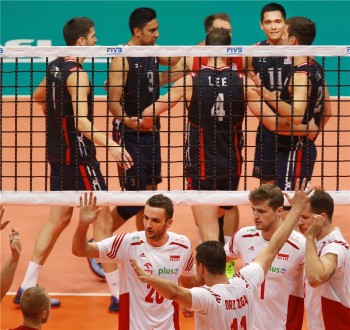 In order to improve the level of competition, and to make games more interesting for sponsors and fans, FIVB has decided to make a unique rule in volleyball. From now on, all national teams will have to include in their World League rosters at least 10 out of 14 players from the last major volleyball competition!

For example, it means that in the World League 2016, head coaches of the European teams will have to call at least 10 out of 14 players from the European Championship 2015 roster!

Head coaches will be able to call up to 21 players in the preliminary team roster for the World League 2016, while the final team roster will have 18 players.

What do you think about this decision? Leave your opinion down in the comments.

Each coach has to have a free decision who to call and team to create. Bad decision of the FIVB

I dont like this rule, even tough I hate when coaches and players avoid some tournaments. But this rules should go to Grand Prix also, just like Lang Ping used the main players in the priliminary round only.

But it is not a fair rule

If you have 5 competitions in one season of 4 months, every coach will have to make the choice and choose one or two competitions he retains important! And imagine the situation of the main players where they have to play 30 games, and all of them important!

And what if this players are reported injured? Who will decide about that?
Teams will put them on the list, but suddenly some of them can get doctor’s permition not to participate due to a ‘medical’ problem!!!