Trinidad &Tobago senior women’s volleyball coach Francisco Cruz and team captain Krystle Esdelle have both expressed their confidence in the “Calypso Spikers” chances of making it a beaver-trick of titles when the 14th Senior Women’s Caribbean Zonal Volleyball Association Championship (CAZOVA) serves off on Tuesday. 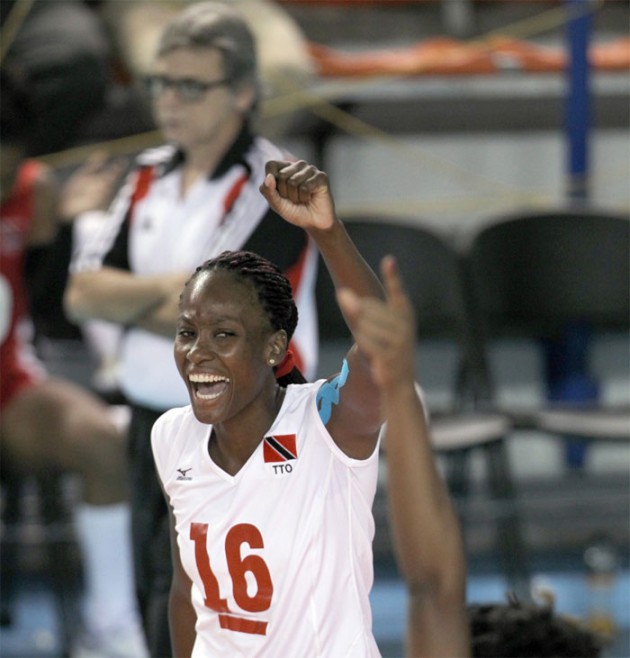 Speaking on arrival in St Croix yesterday (on Monday) via Miami from its tenth place finish at the 11th Women’s Pan American Cup in Juarez, Mexico, the Cuban-born Cruz who has been in charge of the women’s team since 2006 said, “We came here to defend our position as the top team in CAZOVA, we have no other option.“

“The players are understandably tired from competing in Mexico and most of them are also carrying injuries but we have no other choice but to retain our crown as this tournament only allows the winner to qualify to compete at the NORCECA level.“

“As a team we have to win tournament like these to get the exposure at the NORCECA level because we want to qualify for the World Championships in 2014.“

Esdelle added, “As a team we don’t know what to expect from the other teams because from 2010 to now most of them had made a number of changes so we will be taking it match by match and not look past any team.“

“We are now coming off some good performances at the Pan American Cup and while some of us are carrying some niggling injuries we are very excited and ready to go out and represent our country and retain our title.“

“We are not over confident as we know that the matches are won on the court but at the same time we believe in ourselves as a team and know what we can achieve.“

Today (Tuesday) when the tournament starts, T&T will have a much needed day off as Barbados and Guadeloupe serves thing off from 6.30pm local time while host USVI comes up against Bahamas two hours later.