GBR M: It’s all about legacy for Team GB

“We are here to upset the big teams and plant a flag for British Volleyball. It is all about legacy for us” says the captain of Team GB, Ben Pipes. His statement is more than legitimate since the host nation of the XXX Summer Olympiad did not have any volleyball team by 2007, i.e. by the time an elite program got started to develop a group likely to contribute the first Olympic appearance for GB in this sport. “This is the start line for British volleyball, the first chapter in a new book” so Pipes. “We want to show British sport that we need to keep this going and I am hoping the public will fall in love with the game”. 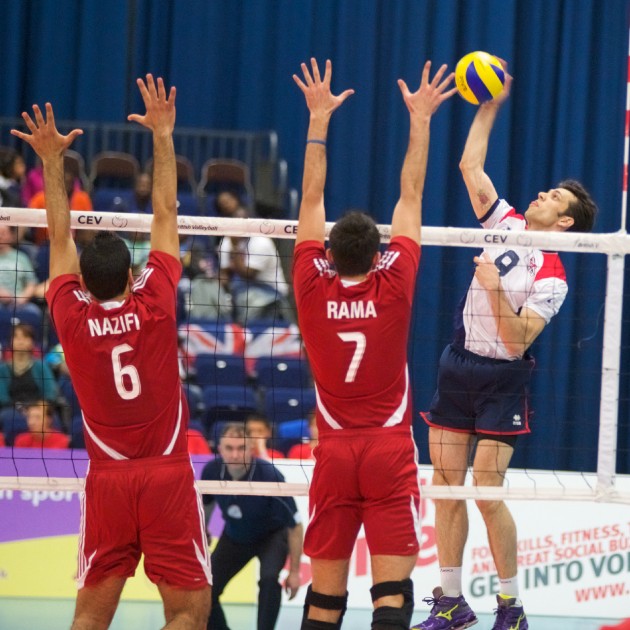 Other players included in the roster of Team GB also insist on the importance of leaving a legacy that will boost the development and popularity of the sport around the country. “We want the legacy to continue after the Games and we hope that the level of participation in volleyball will increase” singles out Mark McGivern, who, only a few weeks ago, joined the Olympic torch relay in his native Scotland.

A couple of players just can’t find the right words to express their emotions as they are about to celebrate their Olympic debut in the city where they were born and grew up. Peter Bakare, probably the most popular of all GB players after two years ago a funny video was circulated where he was vaulting a BBC reporter, sums it up from a personal, but still very touching perspective: “Growing up on these streets, to be able to take part in an event like this is monumental. It’s the same postcode but it is a different world. The whole world is here” he says.

“To be an Olympian in my home city – there are no words. I could never have dreamed of playing professionally or for Great Britain” adds Oluwadamilola Bakare, better known as Dami, who is not related to the teammate carrying that same family name.

Bulgaria will be the first challenge for Team GB on Sunday morning at 9:30 local time in the splendid scenario of Earls Court, a magnificent facility that had already hosted Olympic events (boxing, gymnastics, weightlifting and wrestling) back in 1948.

“Bulgaria has had problems with a coach and some players leaving the side, but they are extremely strong. It’s an early match in the morning so I hope we are awake and they are asleep” jokes GB head coach Harry Brokking. The Dutch mentor agrees with his players that this Olympic adventure may turn into a vital boost for the future of British volleyball: “We are playing for the legacy of the sport in this country. We need to present ourselves well and this is a big, big platform. I think this team has a bright future; we have good youngsters and we can get British volleyball known”.

That much waited debut against Bulgaria won’t be easy at all even though the group captained by Vladimir Nikolov is missing its absolute superstar, Matey Kaziyski. “We are looking for the win. We think about the win, nothing else but the win” stresses opposite player Todor Aleksiev. “We expect to fight a lot and be good enough to go through to the quarterfinals”.

Bulgaria will be the first side testing out the likes of Team GB and the outcome of this match will tell more about the real credentials of the local heroes to cause some upsets as they embark on their Olympic adventure. “I’d be lying if I said we are targeting beating Italy or Poland” concludes Brokking. “But every team is beatable and can have bad moments. If they think Great Britain is not up to the tournament, maybe we can grab team by the throat and squeeze”.