“First of all Mexico is a fantastic team, even though the first two sets did not go their way,” Canada head coach David Preston said. “They fought back. We were in a position to close out the third set with opportunities to win and couldn’t come away with the win. However, we put ourselves in the same position in the fourth set and won. I like how we are when we are system, but when out of system we have something to work on. We have one more practice session to get better and have a chance to win a continental championship.” 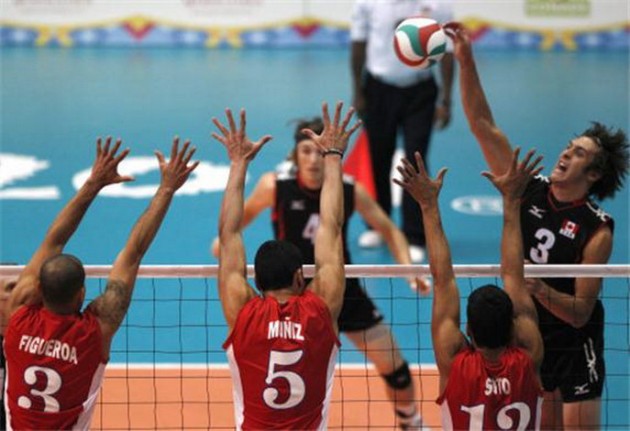 “First hats off to Mexico – we knew it would be a battle as they are a high-energy team,” Canada captain Milan Nikic said. “We started the first two sets running the game plan, but Mexico stepped up its game in the third set. We know we have some things to work on for tomorrow.”

“In the first set we did not come out and give all we had and made too many errors on defense and blocking,” Mexico head coach Justo Arias said. “In the beginning we knew Canada would be a good match. As the game progressed, we played a little better. It came to be where both teams were evenly matched and we won the third set. But we could not keep the momentum up and win. Canada is a great team with a collective game and I congratulate them. Tomorrow will not be easy and will be evenly matched. Both teams will be looking for a spot at the World Championships for next year. So we want to start at 100 percent and keep the momentum.”

“First we want to congratulate Canada for being a good team,” Mexico captain Jonathan Ponce said “We started off slow, but little by little we gained momentum. In the third set, it was decided we wanted to win it. But in the end, Canada won the match. Tomorrow we hope to give our best to win third.”