Finland opened the European qualifier for the 2013 CEV Volleyball European Championship – Men taking place in Trikala by downing their opponents from Montenegro in three, straight sets (25-22, 27-25, and 25-20). Antti Siltala and Mikko Oivanen top scored for the Finns with 14 and 12 points respectively. 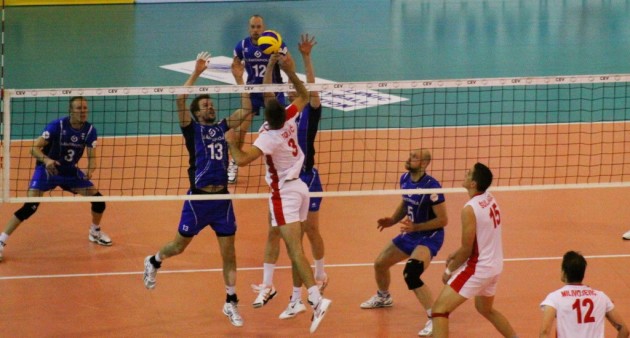 Finland made some mistakes in the opening set but their blocks paved the way for the final 25-22. Finland was challenged by Montenegro only as they tied the score at 22 with an excellent round from the serving line, before Siltala and two errors by Montenegro contributed the 25-22 that called for the provisional 1:0.

Montenegro dictated the pace of the game for most of the second set mainly via Marko Bojic and Aleksandar Milivojevic; however, Finland got back on track right by the time it counted the most, with Oivanen acing for the 25:24; the Finns missed on that set ball but a mistake by Milivojevic and Konstantin Shumov spiking directly after a poor reception by libero Ivan Rasovic sealed the final 27-25.

“I am satisfied even though the result is not good for us. We delivered a great performance, especially in the second set, but we are a young team and Finland has a longer bench. Tomorrow against Greece it will be a tough match but we came here to get positive results” stated Ivan Joksimovic, head coach of Montenegro, after the game.

“It was important for us to win the first match. We played good and we gained confidence. Only in the second set we had problems as the opponents risked with their serve. It is important also that we remained focused all the time. In theory we are the favorites of the group but we must show it out there on the court. We want to take as many points as possible before we travel home to play there the second round” said Finland’s mentor Daniel Castellani.