EC W: Slovak ladies lose to Spain but remain atop of the charts in Pool A 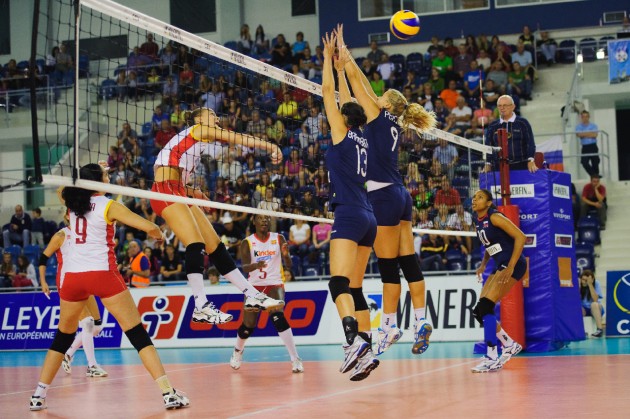 The last match of the program starring the home team of Slovakia and Spain was the real highlight of the tournament held in Poprad. The match was played before a good crowd and went to the tie-break. Slovakia had one match-point in the fourth set and was up there 25:24. However, the hosts were not able to cash it and the game was to be decided at the tie-break. Spain was better there and with this win took home two points.

“We could take three points from this match, as we had a match point in the fourth set. We were not aggressive enough in the last moments of the set and Spain profited of it. In the tie-break our opponent was evidently better. Everything is open before the second tournament, but I believe in my team” said the head coach of team Slovakia Miroslav Cada.

“It was a very important victory for us which keeps us in contention to fight for the qualification to the final round. It was a very nice game and I am proud of my players. They played well. We will play against Slovakia in the first game in Israel and it will be very important for the final standings of the group” added the head coach of team Spain Francisco Hervas.

In the first match of the last day in Poprad Israel edged Sweden 3:0. The Swedish girls started well and they showed a lot of fighting spirit but Israel dominated in the second part of the opening set and claimed it with the score of 25-16. In the second the score stood at 9:5 for Sweden, but Israel showed more experience and cruised to the final 25-18 before finishing it off in straight sets.

“Everything was well organized here in Slovakia. Nice hotel, nice arena. Everything was good except for our performances. I think Slovakia is the strongest team in the group” said the head coach of team Israel Arie Selinger. “It was our best game here in Poprad. I think it came from yesterday’s game against Spain where we lost, but played good. We have still a lot to learn, but I am proud of my girls” added Sweden’s mentor Tina Celinder-Nygren.