China exhibited intense focus in their effort to win a third AVC Cup for Women title when they triumphed over Vietnam in straight sets (25-12, 25-18, 25-23) at the Baluan Sholak Sport and Culture Palace on Tuesday. 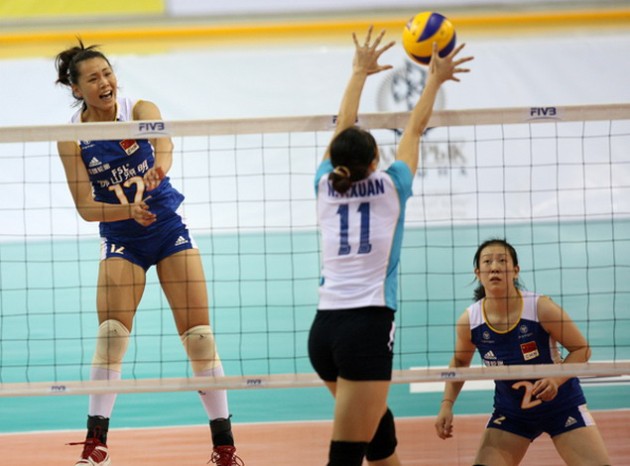 Vietnam who escaped Iran’s challenge in their previous match, were now put in a tight squeeze by China’s overwhelming energy. Vietnam could not execute proper offense due to the big height disadvantage of China.

As Vietnam struggled on the futility of running their offense and scarcity of good defensive plays, a negative outcome could be predetermined.

The 21-year old Chinese outside hitter Hui Ruoqi was a gem for the Chinese side. Hui is supported by teammates Yang Junjing and Chu Jinling who vigorously assaulted the defence of the opposing side.

Vietnam’s Pham Thi Yen should be commended for the 15 points she scored coming from attacks and blocks.