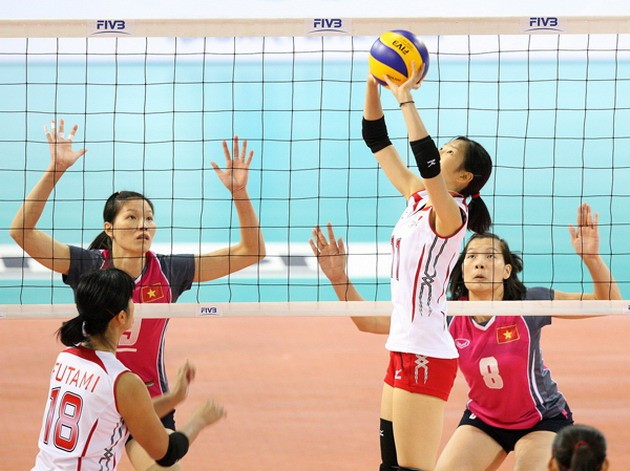 The confrontation between the two teams were led by Nguyen Thi Ngoc Hoa and Miyu Nagaoka who commanded the scoring knacks of Vietnam and Japan, respectively. Nguyen notched 28 points while Nagaoka finished with 27 points.

The match was a seesaw battle from the first to the fourth set as the teams made alternate wins. When the fifth set came, the same intensity from the teams abounded until the ultimate end where it landed in Vietnam’s favour.

As Japan experienced some erratic movements on the court, Vietnam quickly recognised this weakness by the former.  Vietnam capitalized on Japan’s weakness by putting more effort on their defence to properly execute a sophisticated counter-attack plan.

Pham Thi Kim Hue and Nguyen Thi Xuan were colossal at the net – combining for 11 out of 19 points on blocks, their block combination was almost the total output of Japan.

ACV W: Korea rejoice over a come from behind win over Chinese Taipei