EC M: Slovenia won the second place with a loss to Ukraine 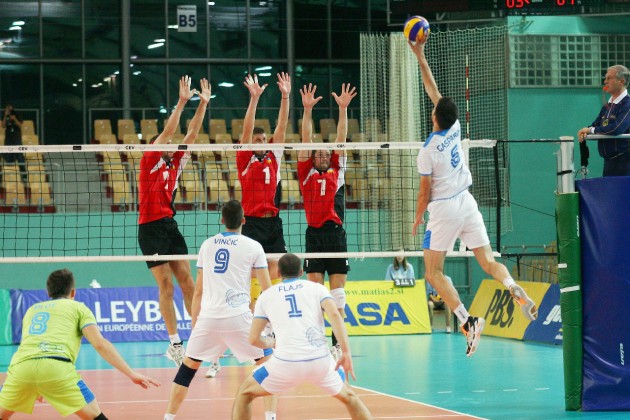 With the final standings of the group already determined, the last match was only a question of prestige for Slovenia but after winning the opening set, the local heroes lost the next three to their opponents from Ukraine. The guests deservedly won the game while Slovenia evidently lacked energy to finish the tournament with a positive result.

“The most important thing is that we have made it to the third round and everything else will be left for a careful analysis once we have time for this. Even though I thought we could not repeat the bad performance we had as we played Germany, this happened again” says home mentor Veselin Vukovic. “My guys were somehow absent, maybe their minds are already with the clubs, but I am sure next May we will play much better”.