China win 3:0 against Kazakhstan in the 9th Asian Youth Girls’ Championship. Wang Yunlu from China have the most points in the match. Read more about latest volleyball news, games reports, and statistics on WorldofVolley. 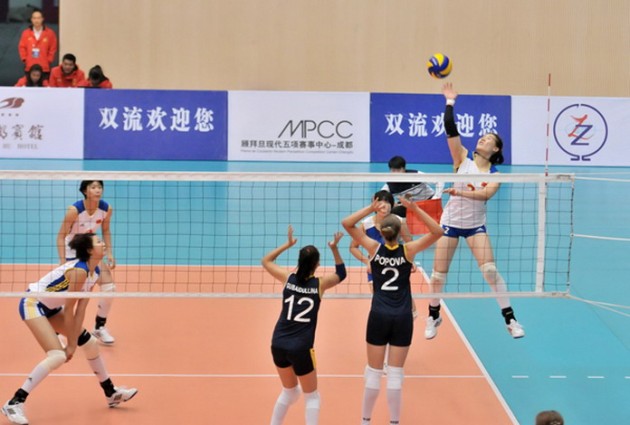 The Chinese side found its scoring form with Wang Yunlu unleashing heavy-handed attacks that escaped the opponents’ attempts at defending against. Kazakhstan dealt with  difficulty in sustaining long rallies with the kind of power being delivered by the Chinese attacks. While the Kazakhs could rely on the blocking efforts of Gubaidullina, China’s giants only reasserted their height and the might at the net. The 199cm Yuan Xinyue and the 192cm Wang Yunlu comprised the power duo of Team China.

In the second set, Yuan Xinyue sparked China’s offense with her rapid attacks. Wang Yunlu extended her scoring duties and  to exchange unchallenged attacks for  easy points. Kazakhstan was nowhere to be found with the string of mistakes that depleted their composure and confidence level.

China continued to collapse their rivals with serves in the third set. Lin Lin and Ju Wanrong served strong for quick and effortless points. But Wang Yunlu reaped the most points in the match with a total of 14. Yuan came next with 13 points in the Pool E match that lasted 49 minutes.