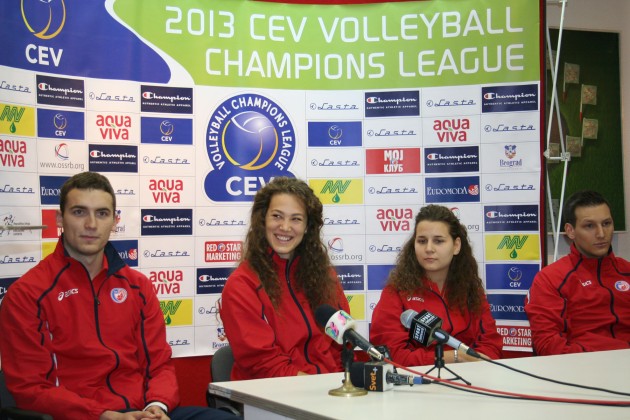 Head coach Ratko Pavlicevic is ready to travel to Russia’s capital city knowing that Dinamo is the absolute pre-favorite but also that Crvena Zvezda will try to play as good as possible.

“Dinamo is a great team and every single season they have added more quality to their roster. We played Dinamo in a pre-season tournament this past September in Katowice and lost 1:3. This time everything will be different because their goal is to make it to the final four of the CEV Volleyball Champions League. We shall try to play with the same quality we showed in our first match with Lokomotiv BAKU and stand their pressure” says Pavlicevic.

“As the season progresses, we are improving and this is being showed by our performances also in the domestic arena. We know that this year Dinamo is even stronger than last season as they signed Natasa Osmokrovic but I hope we can play good and please our fans there. Last year I remember we had some nice supporters in Moscow” says libero Teodora Pusic.

“I am very pleased for having joined Crvena Zvezda as I came to Serbia to improve my skills” adds Hungarian setter Julia Milovits. “I knew that Crvena Zvezda is a good club. We are a very young group while Dinamo has got many experienced players but we will try to leave a good impression as we play in Moscow” she stresses.

POL M: Grzegorz Bociek – to fight above all