The European campaign of Tauron MKS DABROWA GORNICZA came to an end this past week as the side mentored by Waldemar Kawka lost once more to Turkey’s Fenerbahce SK ISTANBUL in the Challenge Round of the 2013 CEV Volleyball Cup – Women. 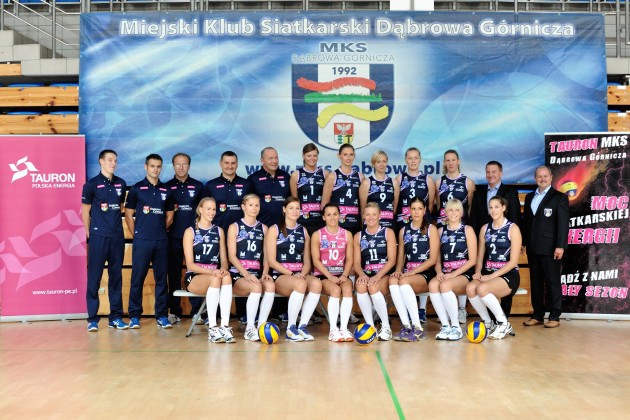 “However, we all knew it was going to be very difficult to make it to the Playoffs 12 of the CEV Volleyball Champions League” he acknowledges. “Anyway we can be happy with our results as the players always did their best, something which is confirmed by the home win, for instance, we scored while hosting Azerrail BAKU. As for the CEV Volleyball Cup, our players simply did not show the right approach in Istanbul but here they could regroup and showed their character and potential. Anyway, we definitely got stronger by playing excellent teams and this is something that will be helping us for the rest of the season” concludes Kocma.

Some good news accompanied the start of the campaign after the usual Christmas break, since the main sponsor of the club – Tauron Polska Energia S.A. – decided to prolong its partnership with the team from Dabrowa Gornicza for another year and a half. “In my opinion we have drawn much attention from the media and this is a plus for all our sponsors and partners; our media exposure was quite impressive and we shall be able to sign additional sponsors for the next season while continuing our cooperation with those that have supported us so far” singles out the club chairman.

With the end of the European campaign, the team will be focusing entirely on the national league and also try to retain its title in the national cup. “Only a few matches are left before the end of the regular season. Our team has got a huge potential and if our players are not plagued by injuries, I believe that we can stand the toughest opponents and go for excellent results” says Mr. Kocma.