ZAKSA Kedzierzyn Kozle defeated AZS Politechnika Warszawska in the quarterfinals, and prepares to fight for medals. They are also preparing for OMSK in the Champions League. Sebastian Swiderski gave an interview. 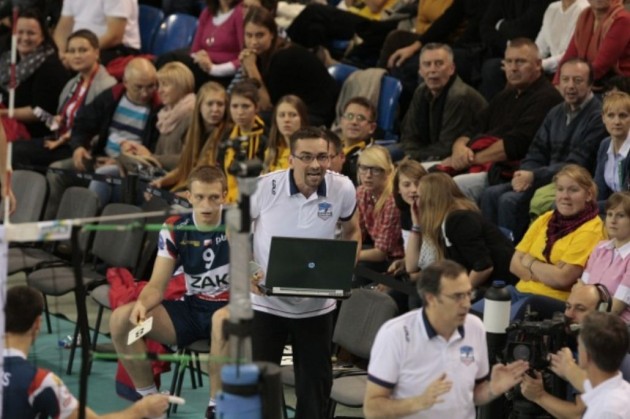 – At first the fight was almost equal, while later our advantage was no longer an issue. This allows us to calmly prepare for the next stage of the Final Four and the Champions League.

– What is the recipe for success?

– We have created a group of people who understand each other very well both on the field and off it. We are the leaders in each element, everyone is responsible for something. That’s how we built the team. At the moment we are happy, but key moments of the season are still ahead of us.

– Delecta Bydgoszcz is also in the semifinals. I think it’s the ultimate proof that those who do not appreciate the strength of this team are wrong.

– They are a great team, their teamwork pays off greatly, they can use it to play each other in the dark.

– You are approaching the Champions League Final Four?

– Yes, we have some thoughts on Omsk. We started slowly analyzing Bre Banca Cuneo. But we keep in mind that before the Final Four, we face two more games in the league semi-final. For now, the focus is mainly on ourself and our game.

– Cuneo will play in the Champions League semi finals.

– I must admit that for me, the presence Cuneo in the Final Four is no surprise. Bre Banca players showed their good side in the Champions League group matches with Resovia, but then very positively surprised me with their attitude in a rematch with Lube Banca Macerata.

– For you, this is not the first Champions League tournament with ZAKSA.

– I am glad that after this break, I can once again taste the Final Four, this time as a coach. This tournament is a very cool thing. We are finally among the four best teams in Europe!

– Who is your favorite in the second semi-final Champions League match?

– It’s hard to say. I have to admit that while I watched a few games of Zenit Kazan, I haven’t watched Novosibirsk. I know Marcus Nilsson, he is a great person and a great player. But I do not have a favorite, we’ll see.