Atom Trefl SOPOT announced today Klaudia Kaczorowska will remain on the team for next championship. This and other volleyball news read on Worldofvolley.com. 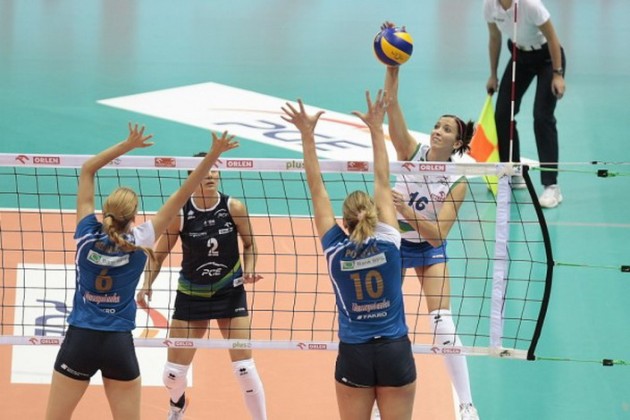 Klaudia Kaczorowska will play for champion of the national league next season. “I’m so glad to stay for another season in Sopot. I feel well here and I will be pleased to defend the colors of the team next year” says Kaczorowska.

For 25 years old receiver this will be the second season in Atom Trefl SOPOT. Time spent in SOPOT for Klaudia Kaczorowska may classify as very successful, she become one of the best receiver of the ORLEN League. Throughout the game Kaczorowska was a strong part of the team, not only in the field but on the service hit also. In comparison, she is tied with Isabella Bełcik on the fifth place among the best server in the league.

“I am glad that after so nervous finals and after we settled them in our favor, I’ll spend another season in SOPOT team. Together with a team I will do my best to give as much joy to our fans in upcoming competition” finished Kaczorowska.

Klaudia Kaczorowska signed contract for next season with an option to extend for another year.

BRA M: Gustavo will tell in interview his future in volleyball