Maciej Gorzkiewicz is a new setter of Cuprum Lubin. 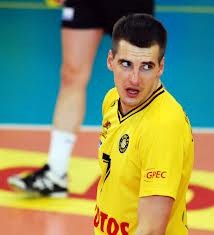 After quite of the time of negotiations, Maciej Gorzkiewicz has finalized the agreement with Cuprum Lubin. “Cuprum is a well-structured, stable and has great plans for the club.” – said Maciej.

This 29 year old setter will fight for the higher goals and he is not concerned about the upcoming competitions. The agreement was signed in June and will be effective from the first of August for one season.

Maciej Gorzkiewicz is the fourth player, who has been hired recently by Cuprum Lubin. Next to him will play in Lubin newly hired players:  Peter Kašper,, Marcin Kryś and  Szymon Romać.

To find out more news from this country, click Poland.